When you visit the Museum we ask you to follow our procedures: 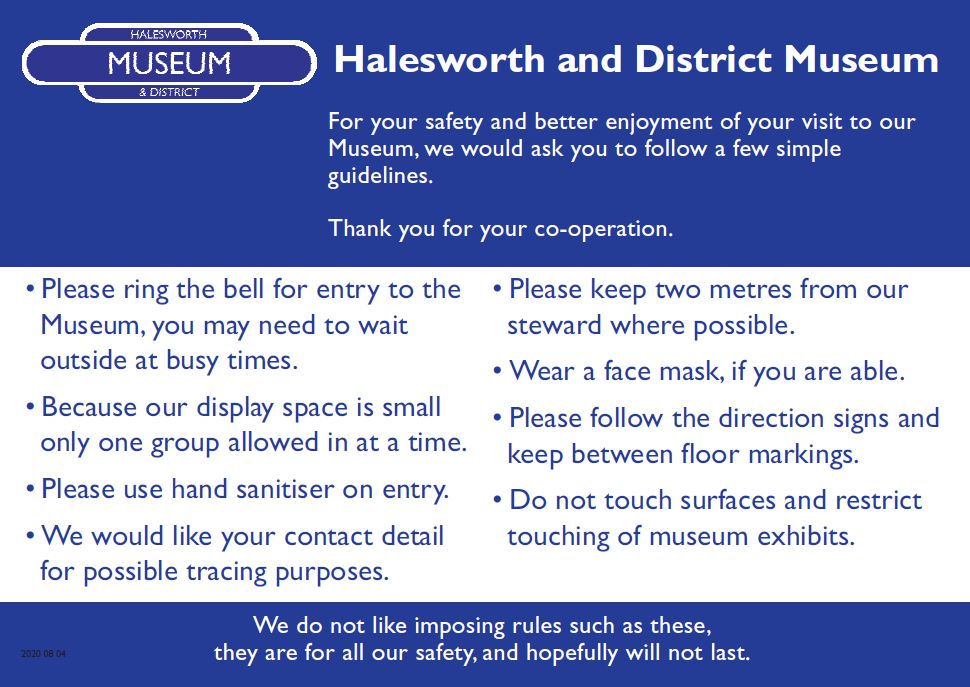 At the Museum in 2021, these displays will be available until 13 November.

Death of a Kennedy – Joseph Patrick Kennedy Jr: 1915-1944 – Final year
The Lost Prince: Much has been written about the assassination of President John F (Jack) Kennedy, but the death of his older brother, Joseph Kennedy Junior, has a direct connection with East Anglia. Joseph (Joe) Junior was born in 1915 in Massachusetts USA and met his death 29 years later in the skies over Suffolk.

Georgian and Early Victorian Halesworth –Delayed
What was life like in those times in this little town? Illuminated by fascinating correspondence between members of the Lincolne family, this exhibition will shed light on the preoccupations of the day, from churchgoing to the coronation of Queen Victoria.

Geology
Investigating some of the geological aspects of the locality. Glacial erratics, dinosaur fossils and the Chediston Stones.

The de Argenteins, Lords of Halesworth Manor
The life and times of the de Argentein family, including the main characters, artefacts from the period and an explanation of the Ancient House carvings. 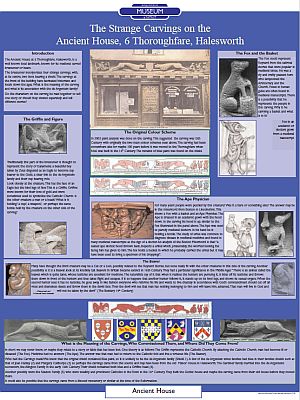 We have published “The de Argentein Family; Cup-bearers to Medieval Kings” by David Wollwebber, the de Argenteins were Lords of Halesworth Manor in the medieval period. Priced at £10, copies can be purchased at the Mueum or at the Halesworth Bookshop.

The Wissett Hoards
An internationally significant find of palstave axeheads, spear heads and parts of a sabre. Dating back 3,500 years, these items were purchased from the British Museum and are shown less than two miles from where they were found.

The Friends of the Halesworth and District Museum have provided help to our Museum over many years with support in the form of ideas, practical effort and resources. Membership of the Friends runs from April to March. To download an application form click on this link. Friends-application-2021-22

The opening hours are:

This year the Winter Closure will be between 13 November 2021 to March 2022. This is a longer winter closing time than usual due to major building work caused by the extension of the Museum in the Railway Station. At the moment we have not fixed on the exact dates of closure and opening.

When you visit Halesworth make sure you visit the Museum, housed in our Victorian Railway Station. For more than twenty years volunteers have been collecting and researching the history and archaeology of this fascinating corner of Suffolk. Spend some time with the displays which will take you across 10,000 years, from the earliest settlers in the Blyth Valley to the busy hub of malting, brewing and agriculture which was the town in Victorian times.

In the lobby there is a special emphasis on the railway, with its unique moveable platforms. Come and see how they worked and learn about the history of the two historic railway lines in Halesworth.

From the lobby entre the museum through the door with Waiting Room above it. (don’t be confused by the small office, this is the local community bus office and is often full of drivers!).

Once in the museum you will see a sign to the Study Room, where there is research material for anyone interested in exploring local social or family history in the area, collections of historical photographs and much more for you to peruse at your leisure.

There are activity trays for the young and reminiscence boxes available for loan for the not so young. Groups are welcome by appointment and the Museum is keen to take its wares out into the community.

After you visit us, go the The Cut to see:

Note . . . . .
If you are planning to visit the Museum for a specific purpose, for example to research your family history, it will be best to contact us first to ensure that the best volunteer is available.

This year the Winter Closure will be between 13 November 2021 to March 2022. This is a longer winter closing time than usual due to major building work caused by the extension of the Museum in the Railway Station. At the moment we have not fixed on the exact dates of closure and opening.

The launch of our new book, ‘The Lincolne Letters’, based on a newly discovered cache of letters, giving a fascinating glimpse into the daily lives  and concerns of a Victorian family living in Halesworth in the first half of the 19th century. The launch event will feature the story of their discovery and an introduction to the times in which they were written.  The letters will be brought to life by actors from Circle 67, who take on the roles of key members of this busy family as they exchange letters of love, loss, learning, religion and the news of the day.

This event forms part of the Two Rivers Book Festival. There will be two talks: one at 11:30 am and the other at 7:30pm (doors open half an hour before the start).

Books will be on sale after the talks.