Gladys was a porter at Haleswoth Railway Station during the Second World War.

Gladys lost her husband in 1936 and for five years struggled with an income of eighteen shillings (90p) a week to pay the rent and to provide for herself and her two children. When she decided to go to the Dole Office for information about any possible additional income, the Officer replied, “A young mauther like you can go out to work.” Very soon afterwards she was offered a job at the police station, but this did not appeal to Gladys. However, the second job offer of work on the platform was just what she wanted. The men were paid something over £2 a week however Gladys received £1 18s (£1 90p).

As a porter, she pushed the four moveable sections of the platform across the Halesworth to Bungay road for at least eight trains during a shift. She worked daily as a porter there for four and a half years during the war. That made well over one hundred and fifty thousand ‘pushes’. Each platform was split in the middle and each of the four pieces, weighing seven tons, was pivoted on its own turntable at the permanent platform end. Gladys pushed these across the road, in turn before the arrival of a train and again after its departure. Postcards produced in the early part of this century depict two male porters pushing one of these sections across the road but Gladys found that she could do it fairly well on her own, even in mid-winter and in a snowstorm with the siren wailing overhead, which proved the Station Master wrong when he said, “A little old thing like that will never be up to this job!”

Just to the side of each pivoting turntable at the north end, was a small mobile platform section which slid backwards away from the track at right angles. These two sections allowed pedestrians to cross the line right up to the last minute but Gladys always had them in place when the train came in. She started at half-past four in the morning when she closed the crossing to road traffic to allow the first goods train through into the shunting yard. When the platforms were in place, the bolts were shot home and Gladys signalled with upraised hand to Mr Granger who then locked them from his signal box.

Extract from Halesworth Railway Station, A Brief History with Recollections, a Museum publication (2016). 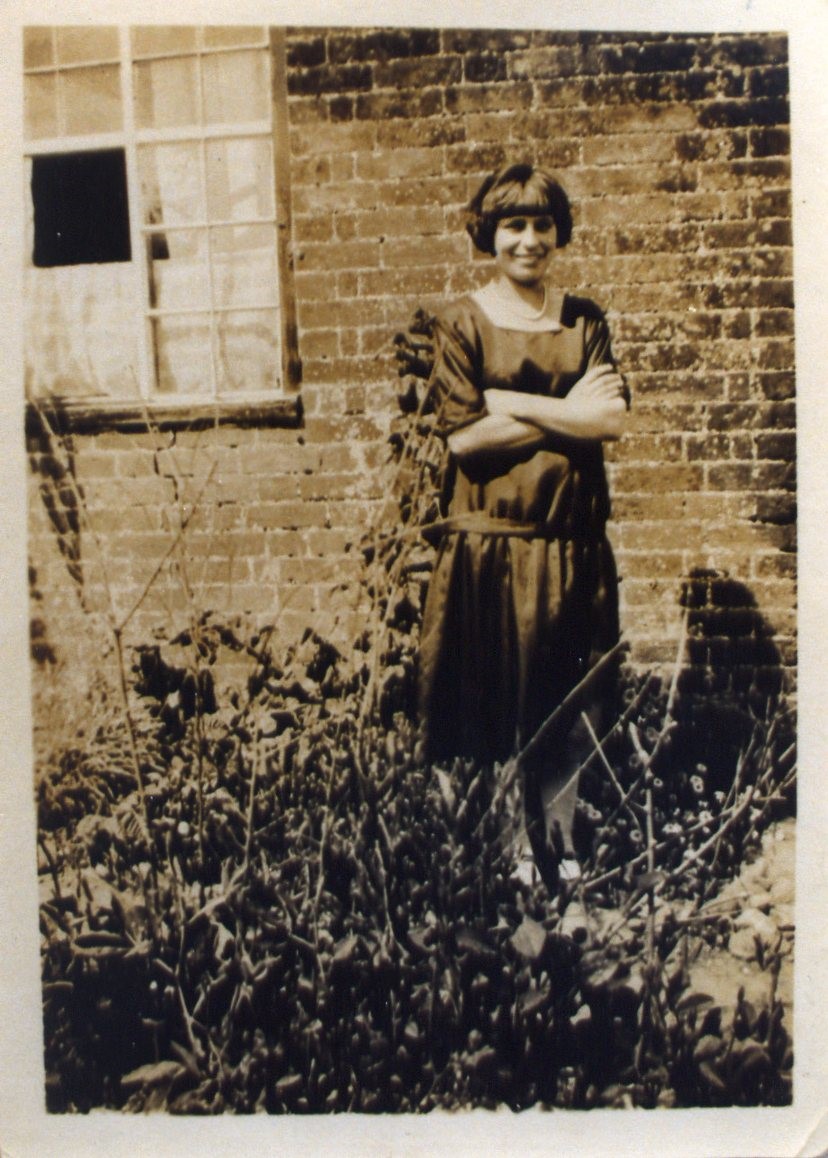 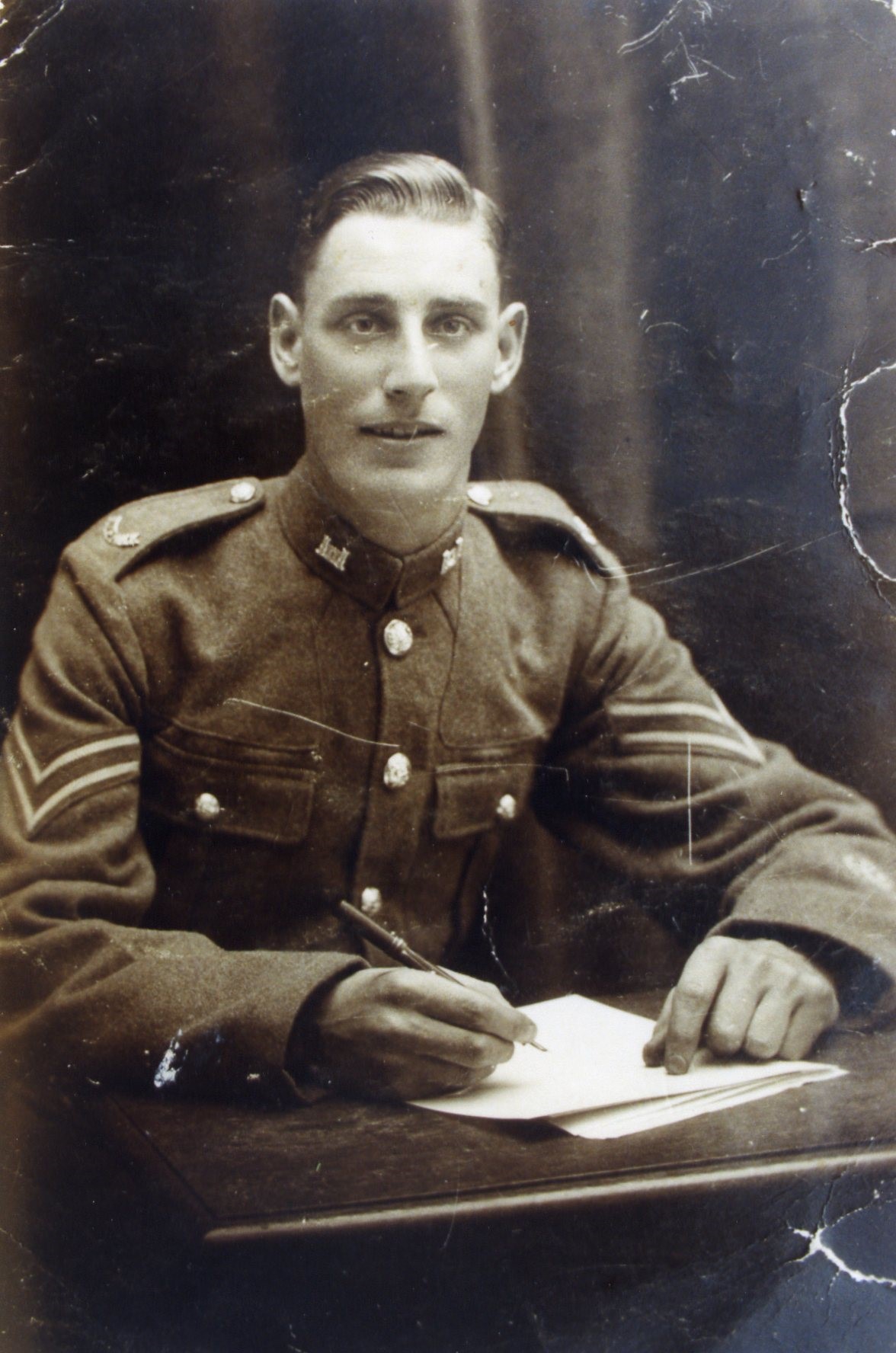 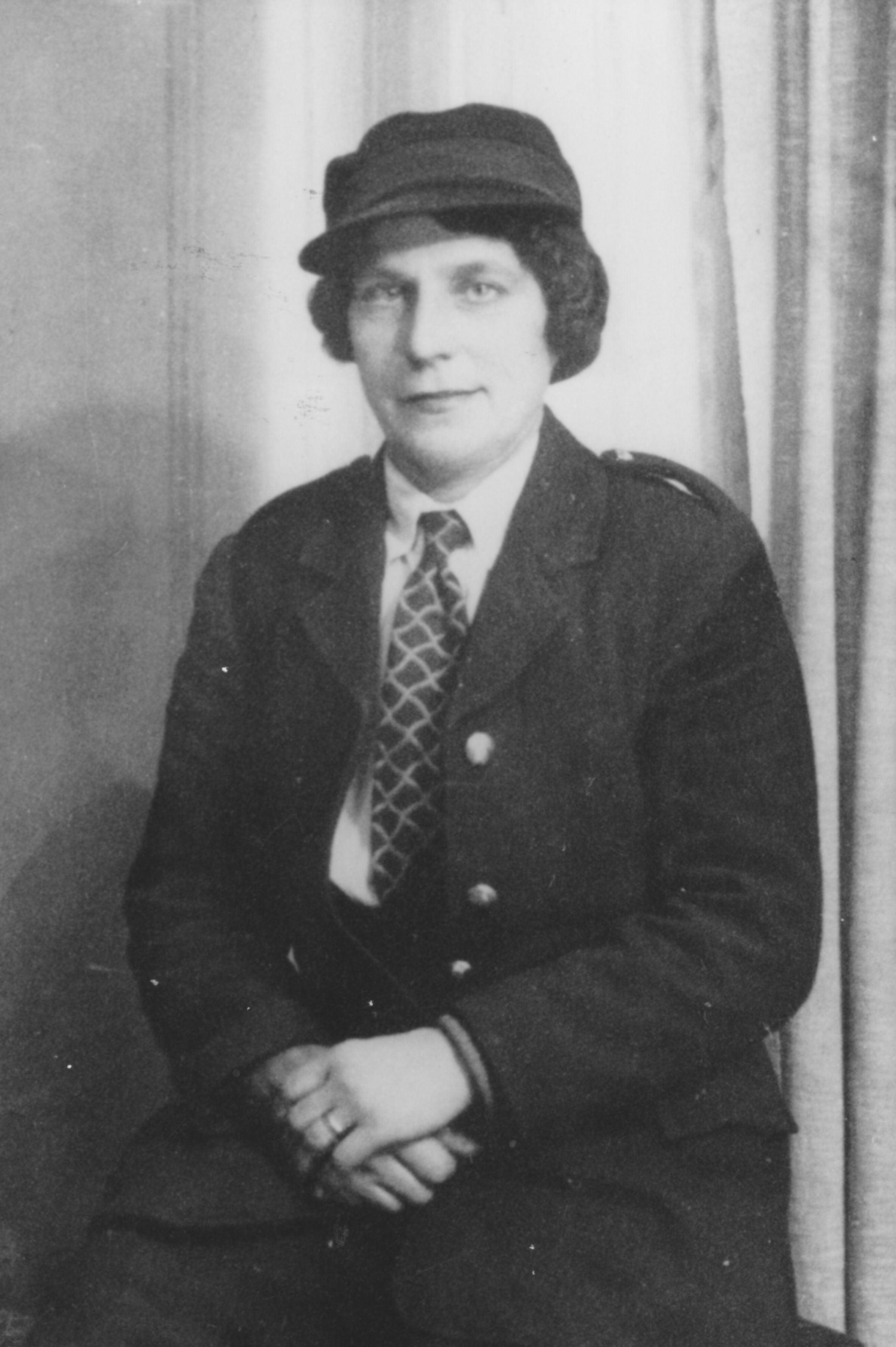 Gladys Rogers in her railway uniform, 1940 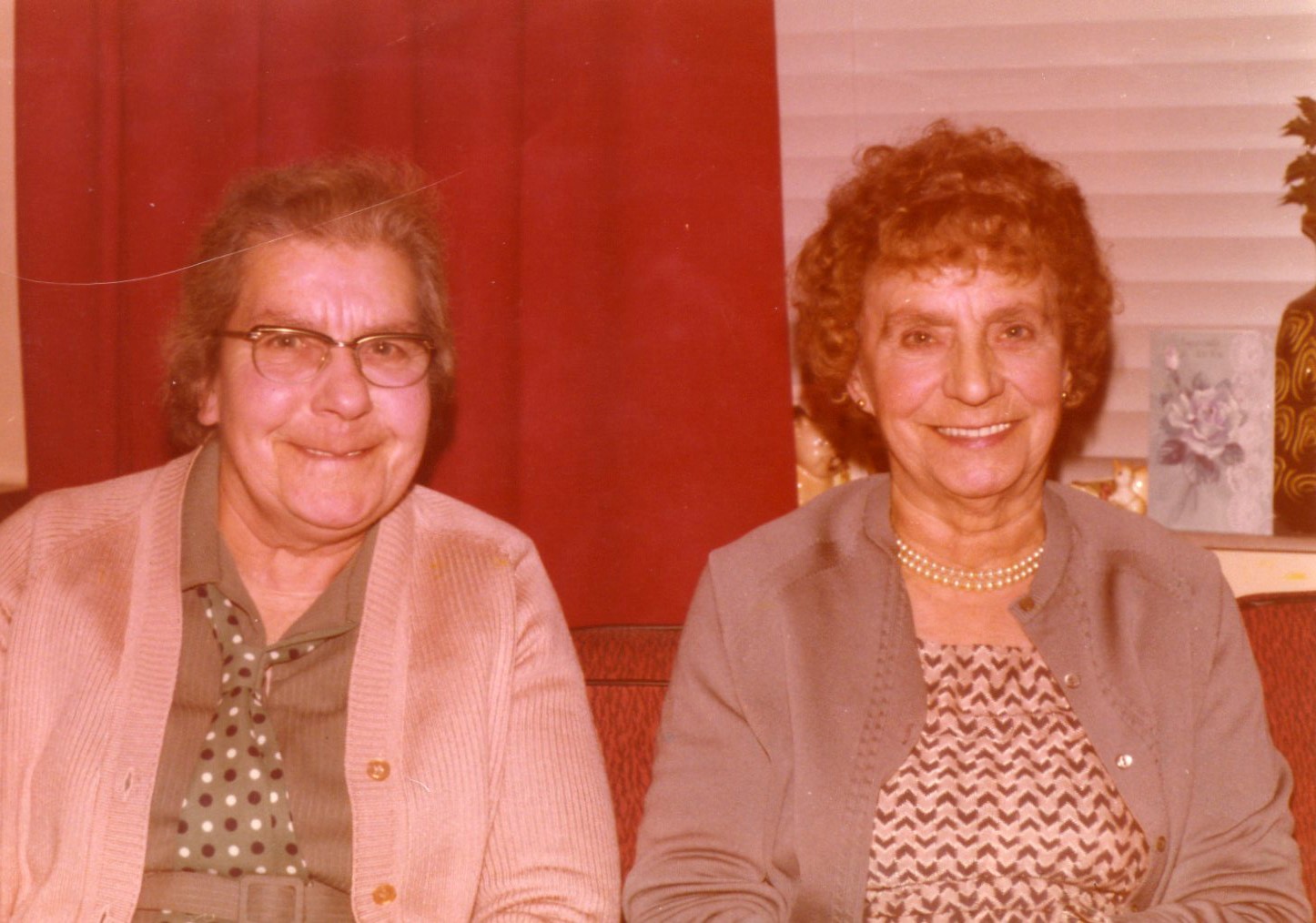 Gladys Rose (on the right), with her younger sister Jessie Rose, c.1980