While you are in Halesworth go the The Cut to see: 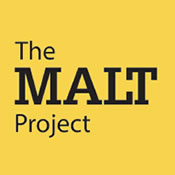 The story of the malt Industry in Halesworth

Paintings at Halesworth and District Museum

Your Paintings is a website which aims to show the entire UK national collection of oil paintings, the stories behind the paintings, and where to see them for real. It is made up of paintings from thousands of museums and other public institutions around the country.

Picture of The Saltonstall Family

Information on this picture in the Tate Gallery.

Some interesting historical finds collected by a local detectorist.

The story of Halesworth.

The Halesworth Millennium Green was created in 2000 from 32 acres of grazing marsh in the flood plains of the River Blyth and the Town River and is situated just downstream to the east of the centre of Halesworth.

Beer and Pubs in Halesworth

A fascinating article about the Pubs of Halesworth by Janet Huckle.

The Economic & Social History of Halesworth

A detailed and fascinating account, written by Mike Fordham and reproduced here by kind permission, of the history of Halesworth from Saxon times to the beginning of the 20th Century.This file is a 6.6Mb PDF so may take a minute to load.

History of Patrick Stead Hospital & The League of Friends

Views of Old Halesworth You have to be a member of Facebook to link to this Group.