This is a reconstruction based on a 25 inch OS Map and an aerial photograph of 1935. 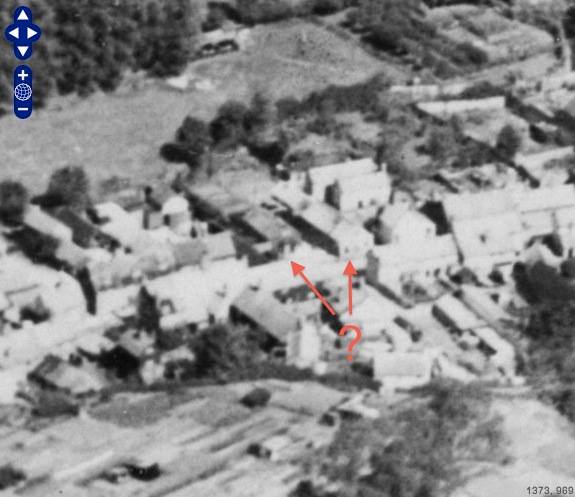 There has been a discussion on the Views of Old Halesworth Facebook page. One person says, “The salvation hall was next to the scout hall. Golden Ball was further up after Calvers corn merchants. I was born in the Golden Ball.” Another one said, “My father *** lived in Cherry Bowl, as it was once known, and he said the green hut was the salvation army hall and later the scouts hall.”

Halesworth Corps opened in August 1887. The War Cry (weekly Army newspaper) first mentions Halesworth in a short report published 27 August 1887. Here is  a scan of the article referred to. 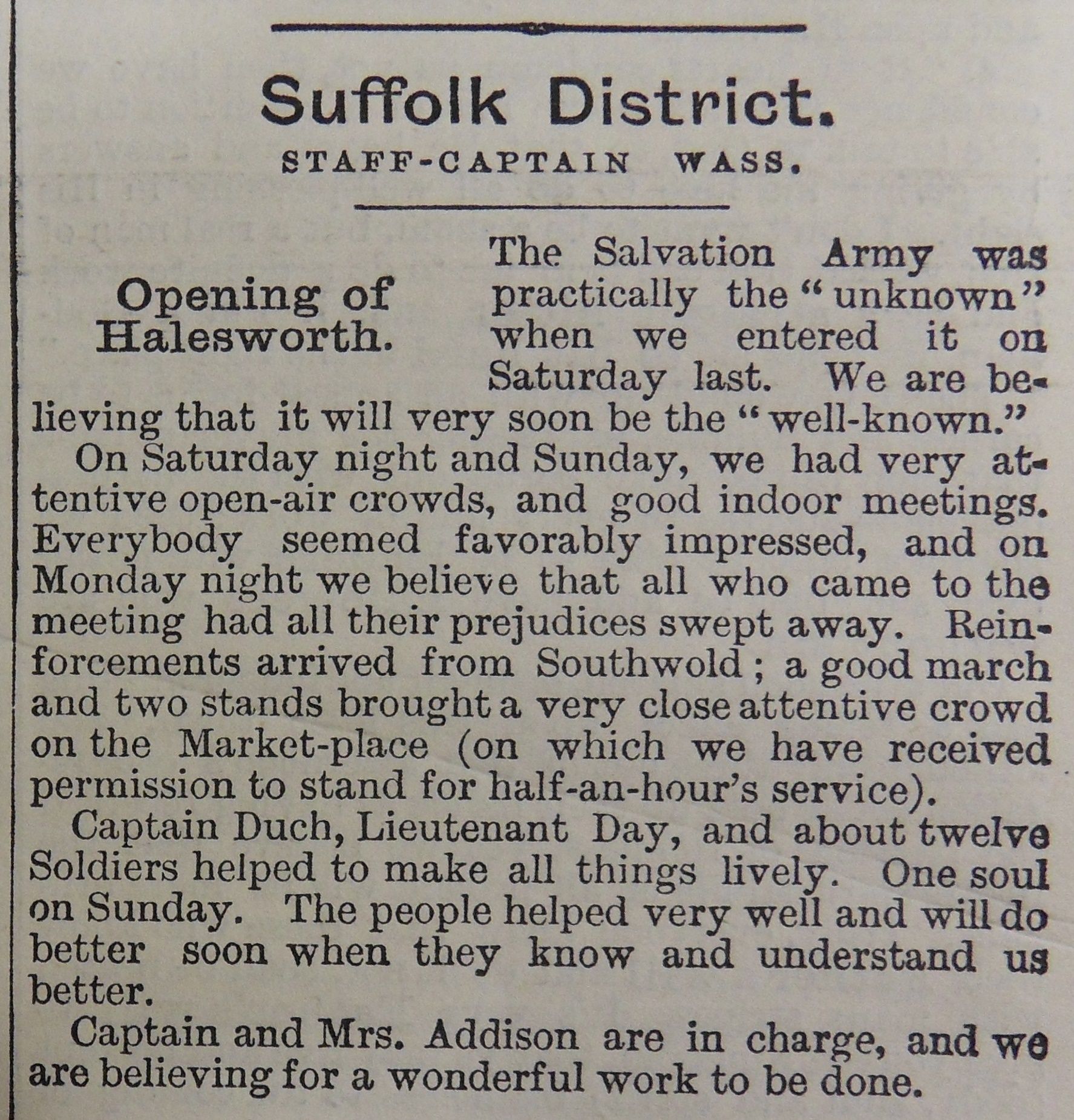 1916   (Kellys) (Under places of worship) – Mission Room Chediston Street, Sun 6.30 (no actual mention of the Salvation Army though). 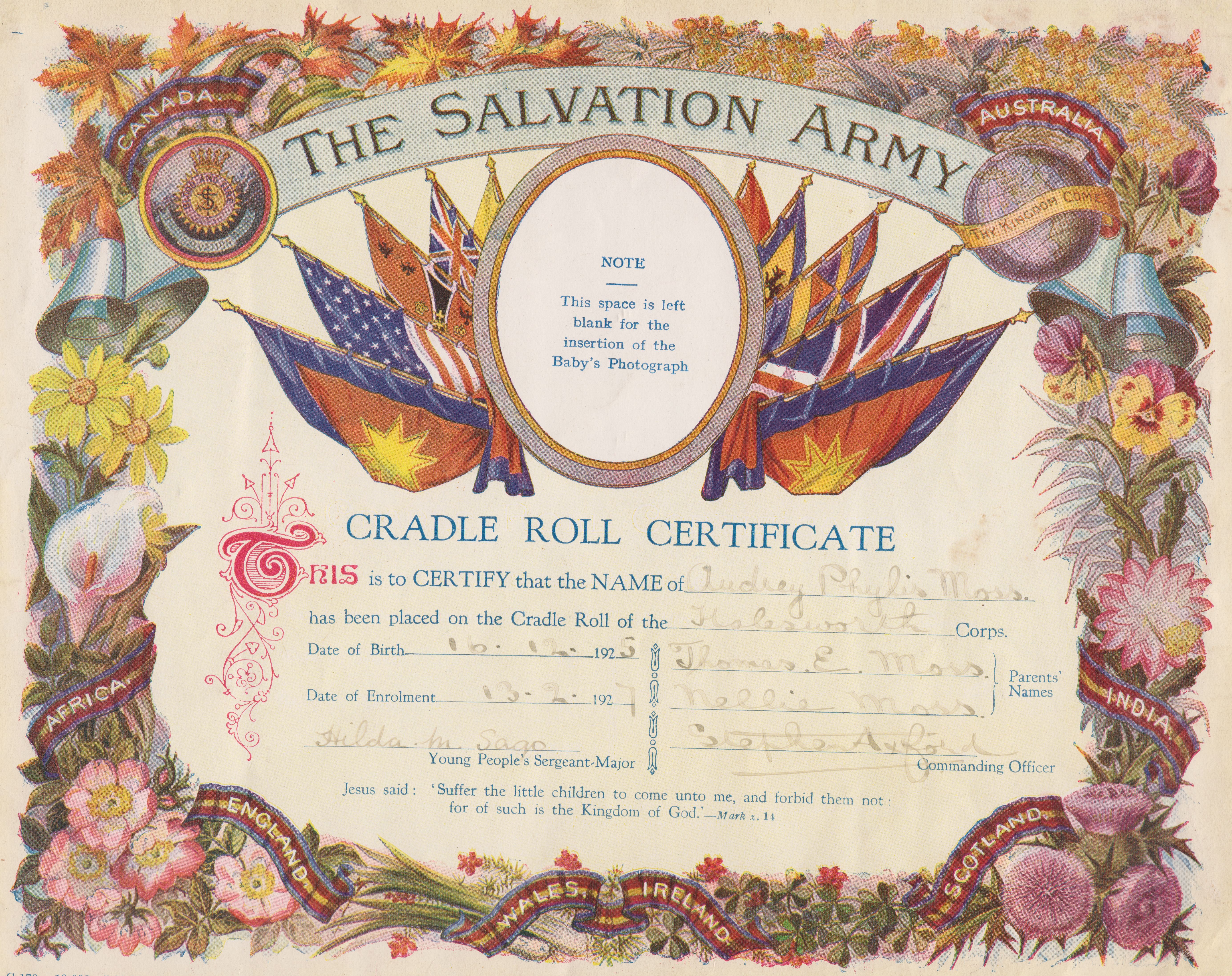 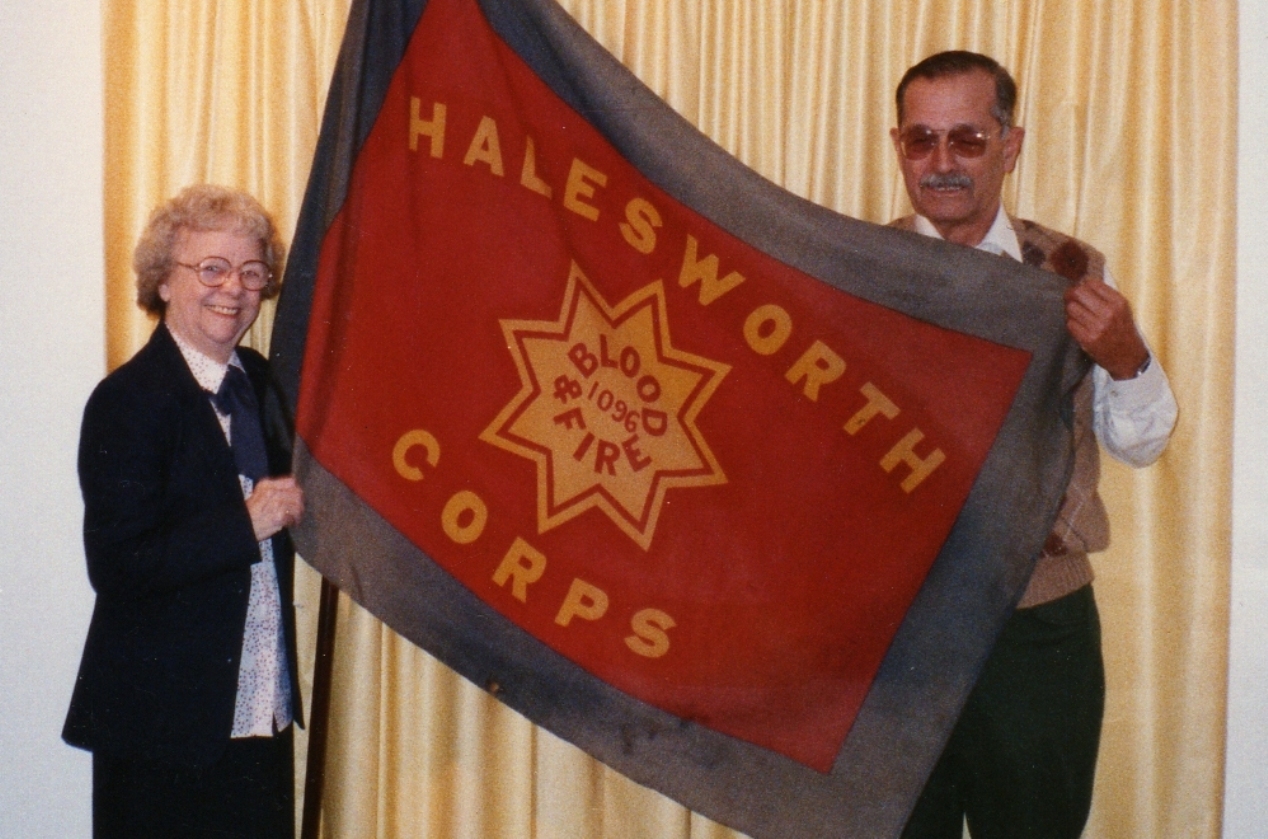 We have the Halesworth Banner in the Museum now.

From Ivan Sparks History of Halesworth

The Salvation Army had services in Halesworth, in a room in Quay Street from about 1907; they left in 1908 and the room was then used by the Life Brigade. Marjory Lewis believes this was the room over Benson’s cycle shop, which was later used as a Youth Club.
The Salvation Army were back in the town in 1933, having taken over the Church Mission Hall, with Captain E Green and Lieutentant E Bexley in charge. A wide range of services were undertaken. In the first year Sunday Services were held at 11 am, 3 pm and 6.45 pm, with Sunday School for the children at 10 am and at 2 pm. On Tuesdays, Thursdays and Saturdays services were held at 7.30 pm and the Mothers’ Meeting took place on Thursdays at 3 pm.
The Leaders changed almost every year, but in 1947/1948 Mr C W Clarke of the Limes, Halesworth was in charge. A boys Band was introduced in 1950, with Mr R B Dockerill of 7 Bridge Street acting as Band Leader. In 1949, Lieutenant R Spittles was the leader for one year and she came back to be the last of the succession of leaders when the services discontinued in 1963.